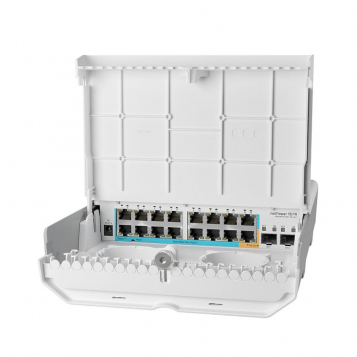 The Mikrotik Netpower 15FR - CRS318-1Fi-15Fr-2S-OUT is part of the new GPEN range from Mikrotik which aims to combine the advantages of ethernet with the speed and versatility of fiber. Thanks to the 15 reverse POE ports, the netPower 15FR can draw all the power it requires from just a single client meaning it can be installed in a location without convenient access to a power source.

The 15FR also has POE out on a single port which can be used to power a single POE device such as a Wireless Wire Dish or security camera. The CRS318-1Fi-15Fr-2S-OUT also has 2 SFP ports which can be used to provide fiber backhaul to other parts of your network, and a robust outdoor enclosure allows the the netPower 15FR to be installed in a variety of locations such as; outdoors on a pole, in an attic, an elevator shaft or basement.

You can find out more about the Mikrotik GPEN range, including an installation example, here 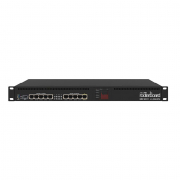 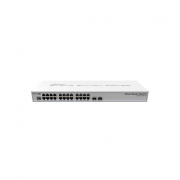 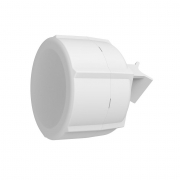 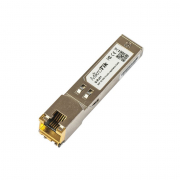 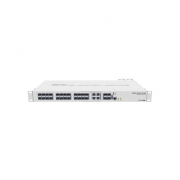